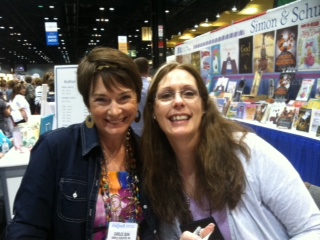 I have always admired the work of Laurie Halse Anderson. I met her in person at the American Library Association conference a few years back and discovered that she was warm and personable as well as supremely talented. Her young adult novel, Speak, was groundbreaking in both its content and its style. Her teen novels cover tough topics like sexual assault and eating disorders (see Wintergirls). 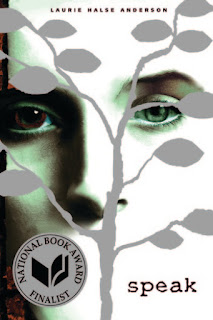 In addition to her books for teens grades 7-12, Anderson has also written several well-researched historical books for younger students in grades 5-9 such as her Seeds of America trilogy. 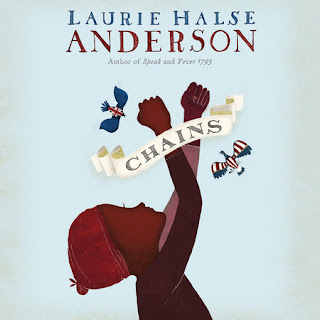 For even younger children, grades 3-7, she created the Vet Volunteer series with a number of books about children saving animals from abuse. The series focuses on five kids who volunteer at a veterinary clinic. Anderson describes the series as Babysitters Club + Animal ER. 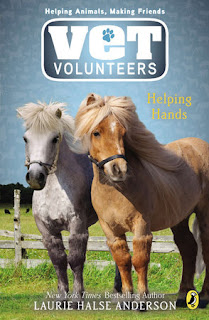 Anderson actually began by writing picture books. Her first title was Ndito Runs. Her 2008 picture book, Independent Dames: What You Never Knew About the Women and Girls of the American Revolution involved so much research that in one interview that it took her nearly as long to write the picture book as it takes her to write a novel. 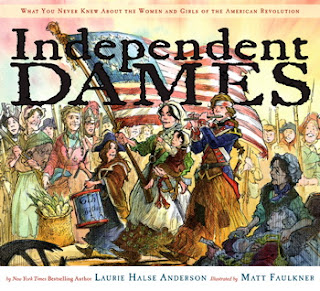 The scope and diversity of her books are impressive, but what is even more intriguing is that Anderson struggled to learn to read. This month on my blog I'm highlighting children's authors with dyslexia in celebration of Dyslexia Awareness Month, so I naturally wanted to include Anderson and her work.
In a video for Reading Rockets, Anderson talks about receiving extra help early on for reading as well as for speech. In the interview, she tells how she cracked the reading code and became an avid reader but still struggled with grammar and spelling. Her first positive experience with writing was when her second-grade teacher introduced her to haiku. She could choose words for the short-form poem that she knew how to spell and after that experience, she was on a roll.
I often use haiku with struggling writers. It is a simple, short form that his highly engaging and fun for kids of all ages. Watch for my fall haiku activity coming in November. In the meantime, watch Anderson's interview on Reading Rockets, explore her books, and check out last week's post about Henry Winkler and his Hank Zipzer series.
Posted by Carolee Dean at 9:38 AM