WHERE I WENT ON MY EIGHT HOUR SOUTHWEST LAYOVER 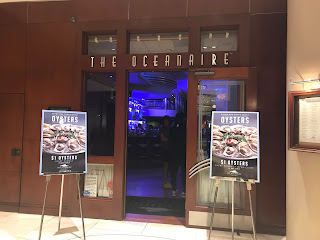 Last weekend we flew to Texas and had a brief layover at Love Field in Dallas. At least we thought it was going to be "brief." As it turned out, our flight was canceled as were most of the flights that afternoon, for reasons that remain a mystery. One Southwest Airlines employee told us it was because of high winds. Earlier that day, flights had been diverted to Austin because of hail in Dallas, but when we arrived, the skies were clear and blue.

Another Southwest employee told us it was because of mechanical issues. Apparently, there has been a labor dispute going on with the mechanics union since 2012. CBS News reported that last Tuesday the airlines sewed its mechanics for a "bad faith bargaining tactic." Southwest claims that their mechanics are deliberately grounding planes which is resulting in massive numbers of flight cancellations and that they are doing this because of the contract disputes. Southwest is claiming that the union's actions are resulting in an "operational emergency" that is costing them millions of dollars per week. The mechanics claim that Southwest has terrible safety standards and they are deflecting by blaming them. See the CBS News article HERE. Either way, I have an upcoming trip to Vegas planned and I'm wondering if I'll ever make it there.

I always say, "When life gives you lemons (can airplanes be considered lemons like cars are?)- make lemonade, or go to the Galleria Mall." 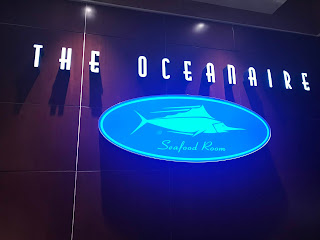 My husband wanted to stay at the airport for the next eight hours until our rescheduled flight. My shoulder had gotten out of whack from carrying my laptop case all over the place. I said I'd only stay if they had one of those massage places like we have at DIA (Denver International Airport). Alas, they did not, so I took emergency measures and called Uber.

Needless to say, we ended up in a rather seedy part of Dallas, looking for a spa that seemed totally legit online, so I redirected our Uber driver to the Galleria Mall. We found a nice little massage place there and then had a wonderful dinner at a restaurant called Oceanaire. It was delicious AND I racked up a bunch of points on my Landry's Select Club card, so all's well that ends well. 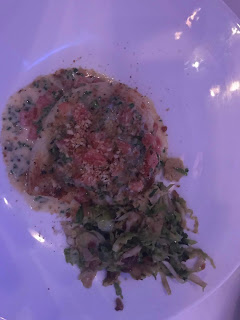 While we were in Texas, we missed the bomb cyclone that hit Denver and trapped cars on the interstate for hours. By the time we returned, it was sunny and warm. We took United Airlines back to Denver, and it was a direct flight. No layover, no delay, no nasty "operational emergency."

As a writer, I know that any story worth telling has conflict, anticipation, or at least some excitement.
The same is true for the personal stories we tell about our lives. It's the juicy ones that get people excited around the water cooler at work. No one walks around repeating the uneventful tale of good service and fair weather. See my tab for The Secret Language of Stories on this blog and read about Problems, Prizes, and Plans.

My problem was an eight-hour layover and a sore shoulder. The prize was finding a massage. The plan was calling Uber. Our midpoint attempt was disappointing but the climax of our story was a lovely dinner at Oceanaire. Our reward for our ability to look for the good in every situation was this amazing dessert.  It's a huge piece of peanut butter chocolate pie with caramel and chocolate sauces to pour on top. Then we made it back to Love Field with no TSA line and an uneventful flight to our final destination. 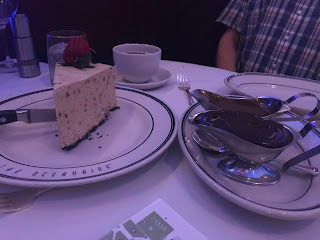 Does anyone else have tales to tell about their experience with Southwest Airlines? I'd love to hear them. I'd really like to know if I should reschedule my trip to Vegas. The hostess at Oceanaire told us she had been there the week before and her Southwest flight got canceled and rescheduled three times before she finally made it back to Dallas.
Posted by Carolee Dean at 11:30 AM No comments: