ALL THE IMPOSSIBLE THINGS at SECOND STAR TO THE RIGHT 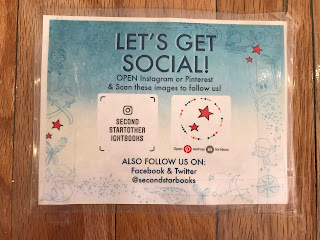 My new favorite children's bookstore, Second Star to the Right, is on Pearl Street, the same location as my favorite Farmer's Market. Today I picked up these treasures I had on order, along with some Patter Bars and caramelized onions. 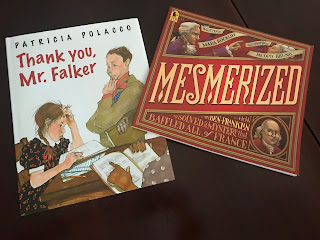 While I was there, I found out that Colorado native, Lindsay Lackey, will be launching her new book, All the Impossible Things, at Second Star on Tuesday, September 3 at 6:30pm. It's on my calendar! 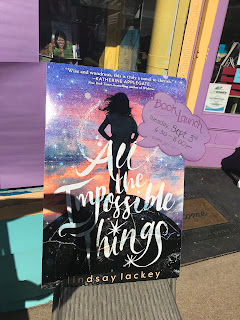 Here's what Katherine Applegate, New York Times–bestselling author of Wishtree has to say about Lindsay's book,  "Wise and wondrous, this is truly a novel to cherish.” You can tell from the cover that this will be a magical book. 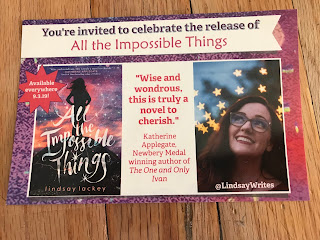 All the Impossible Things is a middle-grade novel about a young girl with special powers who moves from foster home to foster home as she tries to find her place in the world. If you are in Denver, be there on September 3.

Posted by Carolee Dean at 11:49 AM No comments: 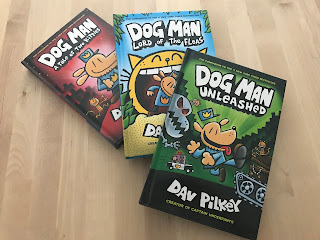 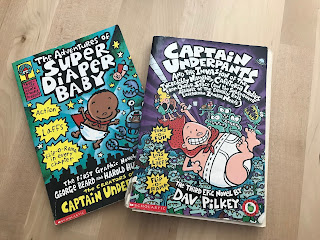 Kids with learning disabilities and other challenges often feel alone. It helps for them to have role models to look up to who have overcome significant learning challenges. We have to be cautious, though, and not make kids feel that on top of all their other challenges, we have huge expectations for them to become Olympic athletes, famous illustrators, or billionaire entrepreneurs (Several of the entrepreneurs on Shark Tank have mentioned that they have dyslexia). That's why I really like what Pilkey says about imagination itself being a superpower. I also love that his Captain Underpants characters, George and Harold, are such unlikely heroes with the primary mission of defending, "truth, justice and all that is pre-shrunk and cottony." Their main gift is their imagination, and that is a superpower we must foster in all children.
Posted by Carolee Dean at 1:15 PM No comments: