October first I had dinner with Bruce Coville, Jen McVeity, and a host of SCBWI friends. It was the perfect start to October, one of my all time favorite months. We then followed Bruce to Bookworks on Rio Grande where he was promoting his new book, Always October, the world where monsters come from.  Bruce said he always wanted to write the perfect book to read on Halloween and now he believes he's done it. 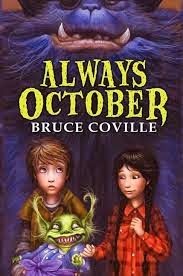 "October is the month when magic stalks the world. The light comes in sideways," said Bruce. "October is the best of all possible months, when it seems anything can happen."

It's certainly a magical month in Albuquerque, New Mexico with our International Balloon Fiesta and the aroma of roasting green chiles in the air. 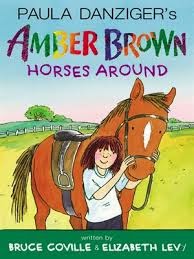 Bruce also talked about the newly released Amber Brown Horses Around and his friendship with the late Paula Danziger, creator of the Amber Brown series. He described how years ago they kept each other on track with their writing goals by calling and asking  if the other had finished their three pages for the day. Three pages was the goal. He was quick to say they didn't have to be good pages, they just had to exist.

Bruce was approached by the publisher, Putnam, to write the new Amber Brown book and decided the only way he could pull it off was if he worked on the project with Elizabeth Levy, another long time friend of Paula's.

Rather than reading from either of these books, Bruce performed a one-man reenactment from the first chapter of one of his earlier novels, The Monster's Ring. The audience at Bookworks was captivated by his storytelling skills. He said this is the way he opens all of his school visits.

Wow! What a treat for kids. 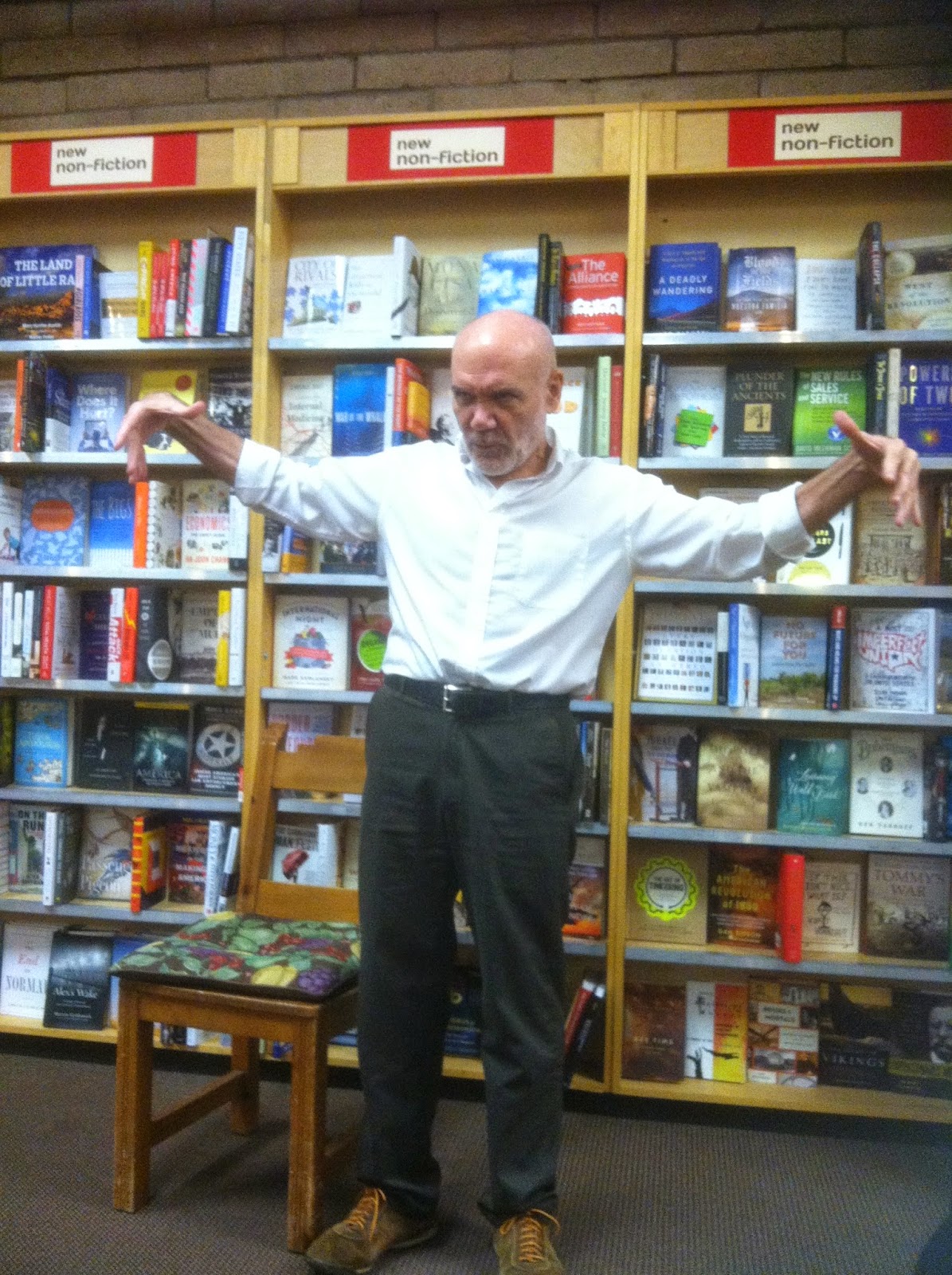 Bruce told us about a quote by author Paul O'Neill that he likes to keep on his wall for inspiration. "Always grab the reader by the throat in the first paragraph, sink your thumbs into his windpipe with the second paragraph, then shove him against the wall and hold him there until the tag line."

Bruce ended the evening with a list of weird writing tips.

1.  Marry rich - For most of us, including Bruce, it was already too late for that tip, but he received the advice from Natalie Babbitt, author of Tuck Everlasting, so he thought it was worth sharing.
2.  Take acting lessons - The actor's tools are the writer's tools.  An actor's job is to enter a character and that is also the writer's job. Acting lessons are part of the reason Bruce is such a great storyteller.
3.  Take singing lessons- This trains you to use your voice properly so you don't strain it.
4.  Don't take yourself too seriously.  Take the art seriously, but not yourself.
5.  Scare yourself - You should always be working on the edge. If you get too comfortable doing what you're doing, you can become artistically dead.  No jump, no wings!

Bruce was accompanied to Albuquerque by Australian author, Jen McVeity, whose Seven Steps to Writing Success is transforming education in the Land Down Under.  They were meeting our former SCBWI regional advisor, Chris Eboch, for a hiking adventure in Southern New Mexico.

It was truly a magical October night!
Posted by Carolee Dean at 6:27 PM