TAKE ME OUT - AT THE BALL GAME 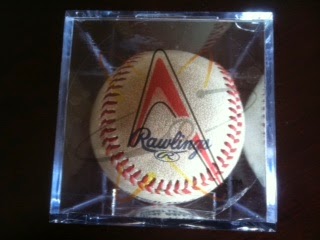 On May Day, Thursday, 5/1/14, the Albuquerque Isotopes played the Salt Lake Bees during the School Day Matinee, a special event for New Mexico students. Buses came from all over the state bringing eager young fans to watch baseball and pig out on funnel cakes, popcorn, and hot dogs.

I was on a field trip with some of my high school students, minding my own business, talking to the school social worker (okay, maybe I should have been watching the game a little more closely) when a ball came slicing through the air and hit me.

Contrary to rumor, it was not in the head.

The two women in front of me parted like the Red Sea and I felt an alarming pain in my left shin. It wasn't until I saw the ball bouncing off of my leg, and back toward the two women, that I realized what had happened.

A man who worked for the ball park came leaping toward me asking if I was okay.

I told him I didn't know. I thought so. Maybe. Hopefully. I was conscious after all. Soon there were EMTs and a policeman bringing ice and a wheelchair and asking me if I knew where I was and what day was it. They said I could go by ambulance to the ER if I wanted.

I didn't. I pictured a four hour stint as I cued up behind gunshot wounds and drug overdoses. As it turned out, Lyle, a teacher I had never met before, offered to drive me to the Urgent Care. Thanks Lyle. Nice to meet you. 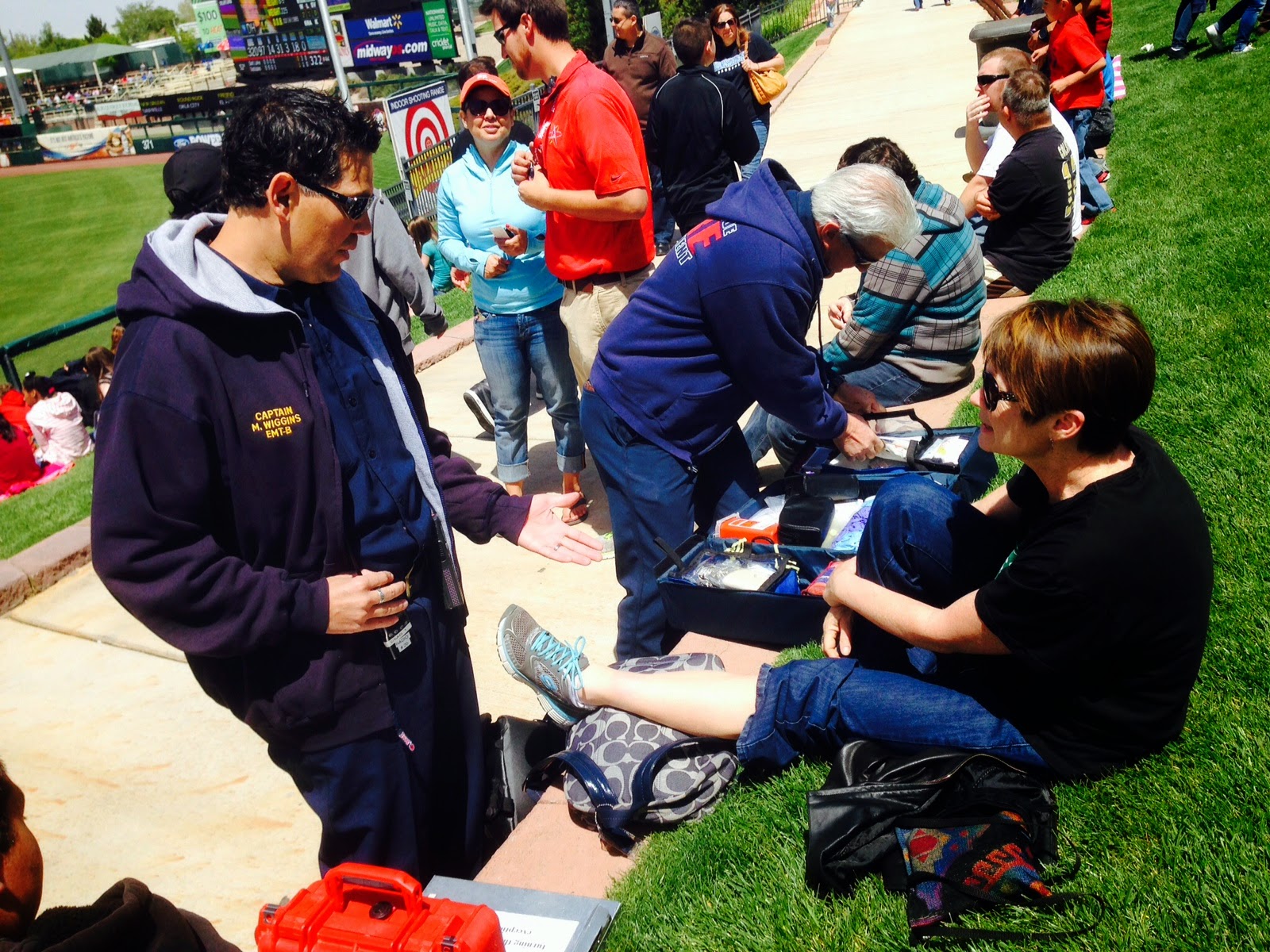 It all started when we went for a walk with several students in search of funnel cakes. We had left our cozy seats behind third base and ended up on the grassy area at the FAR side of the field where we decided to sit and watch the game from a different vantage point.

We never got the funnel cakes. Maybe they did. I didn't. I left before it was over.

I found out later that the whole thing was captured on video. Check out this Video of Joc Pederson's Homerun. It is aptly titled Pederson socs one.

I was the one.

Watch closely as the ball goes flying over the fence and out into the grass. Paula, the social worker, is sitting next to me in the orange baseball cap. I'm in the black t-shirt. The Isotopes guy in the light blue shirt and tan pants suddenly runs down toward me and people come rushing from all directions.

The EMT suggested maybe I should have been watching the game. I was at a dangerous sporting event after all. As he was saying this he had his back to the field, not exactly setting a good example. See photo above.

When I got to the Urgent Care, the doctor was more understanding. He said a baseball game was a social event, not just a sporting event and you couldn't watch it every second (especially not when they have to stop after every inning for things like building a human hamburger). That was kind of cool, actually.

The doctor may have been more sympathetic because his wife was once knocked out cold after being hit by a hockey puck in the head.

But all's well that ends well. The Isotopes beat Salt Lake 3-2. I received a day off of work to elevate my leg, was awarded a clear plastic case for the ball, and got a good story out of it.

Only a writer could suffer agonizing pain and still have the presence of mind to ask the nice policeman who wheeled her out the the curb a host of questions, "Was that the first home run of the season, what inning was it, who hit that ball?"

"I have to get the facts straight for my story," I explained to him.

Wednesday I walked out to my car, discovered I had a flat, and had to ask a co-worker to drive me to ACE Hardware so I could buy an air compressor to pump in enough air to make it to the mechanic's. Turns out I picked up a screw.

Thursday I got hit by a baseball and ended up in the Urgent Care.

Today is Friday. I'm locking the doors, shutting the blinds, and staying home!! Doctor's orders.
Posted by Carolee Dean at 11:44 AM