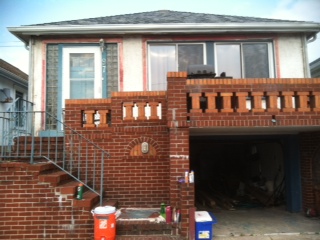 Appearances can be deceptive. I've always known that, but often I forget. I was reminded of just how inaccurate perceptions can be when I traveled to Long Beach, New York earlier this summer. The beach town is located off of Long Island's South Shore and surrounded by Reynold's Channel to the north, east and west. It's stunning beach runs along the Atlantic Ocean to the south. 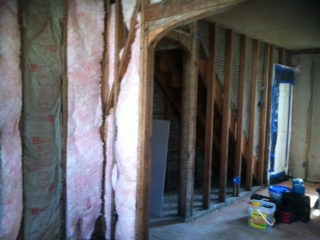 A cursory drive through the streets would give the impression that this is a sleepy little beach town with quaint little houses where people from the city take the train or bus in for day trips to the beach on the weekend. Although that's still true, what one doesn't realize at first pass is that many of the houses are empty.
Some have even been condemned, but you wouldn't know it unless you got close enough to see a red X drawn on the window.

Superstorm Sandy raged across New York's eastern seaboard nine months ago, but the devastation it left behind is still painfully evident in the lives of Long Beach residents. Many of them are still living with family members, making due in small apartments, or squeezing their belongings into the second floor of their home while tearing out the ground floor and replacing dry wall still wet from last October's storm. These are not the second homes of the rich who live and work elsewhere. Most of the residents of Long Island are working class folks, just like the rest of us. 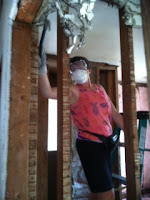 I was in Long Beach chaperoning my daughter's youth group who was there with Next Step helping to rehab houses damaged in the storm. Next Step is a faith based organization that sets up long term construction and service projects all around the world. Various groups come to a location for a week of service. Our group ripped out damaged interiors and put up dry wall. The group coming after us will mud the dry wall. The group that came before us put in a new sub floor. Construction continues like that until the project is completed, with kids painting, hanging siding, putting in laminate and basically just showing up to be of service.

We slept on the floor of a church that we were also helping to rehab. It was quite a process just to get all the kids fed and showered. I never knew there was such a thing as shower trailers. Now I have first hand experience.

During our orientation the Next Step Staff (all young people themselves, mostly college students and recent graduates) told us that we weren't just helping rebuild houses, we were helping to bring hope to a struggling community. 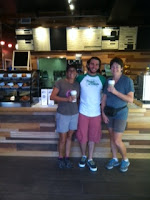 I tried to do my share to rebuild the local economy by going out with my new friend (fellow parent and chaperon, Chrissy) to buy coffee at a local sandwich shop just off the beach called Paninis and Bikinis. We were touched by the warm and excited reception the staff gave us at 6:45 in the morning. One of the girl's said, "You are our first customers." I thought Well that's nice. I wonder if that's their typical morning greeting.  Then she clarified by saying, "You are our first customers since the storm." They had just reopened the sandwich shop that very day!!  As you can see, there was still paper in the new windows. I was so excited I came back at lunch to buy our little work crew sandwiches and salads. 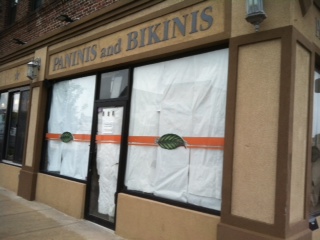 There were several things the Long Beach experience taught me. First of all, you don't know when a simple gesture like buying coffee might bring hope to someone. Second, houses are like people. Sometimes they look perfectly fine on the outside, but inside they are crumbling. I try to remember that when I'm tempted to think that other people are more successful, lucky, happy, etc. than I am. I never really know what's going on inside.

Stay tuned next week when I report on the story of Miss May, one of the wonderful Long Beach residents I got to know while I was there.
Posted by Carolee Dean at 10:40 AM